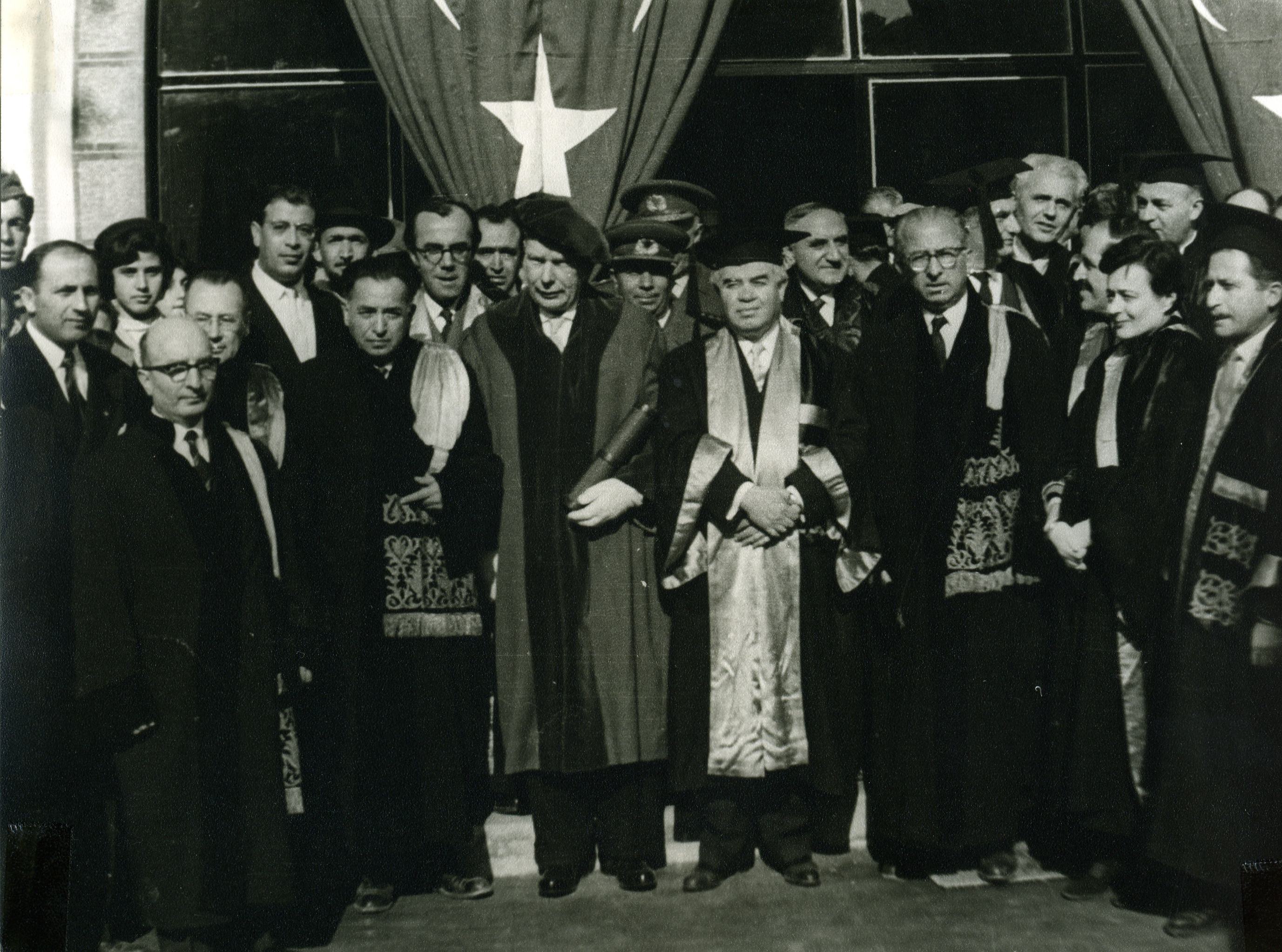 The History of Atatürk University

The history of Atatürk University is a story of the realization of one of the most significant projects of the Turkish Republic. In his opening speech for the legislative year at the Grand National Assembly of Turkey on November. 1, 1937, Mustafa Kemal Atatürk, the founder of Turkish Republic, stressed the need to found abig university in the eastern Anatolia region of Turkey, ordering the required initiatives to be taken to this end.

After twelve-year cessation of the works following Atatürk’s death, then-third President Celal Bayar reawakened the issue in his inaugural speech to the parliament on November. 1, 1950. Upon his warning, the second Menderes government included the issue in its schedule. The office of the Universities of the Ministry of Education sent university rectorships a note numbered XIV/5366, dated 11. 6.1951, asking them to set up a science commission to found a higher educationand culture centre. Thereupon, after the issue was discussed in the inter-universityboard, a science commission of 15 members was set up, every five of them was selected by the senates of the existing three universities of the time. The commission, headed by the Minister of Education Tevfik İleri, held its firstmeeting in Ankara, on July. 7, 1951. A decision was taken by the commission togo on an investigative tour in eastern provinces. Accompanied by the President Bayar, the tour started.

While the commission was holding examinations in the provinces of Van, Elazığ and Diyarbakır, people of Erzurum were closely following the developments. It was not clear whether the commission would come to Erzurum. Therefore, the governor of Erzurum Cemal Göktan sent a telegraph to the President Bayar, inviting them to Erzurum incase they would return to Ankara without visiting Erzurum. The next day, on theother end of the phone was Bayar’s first-aide Nurettin Alpkartal. He told thegood news that Bayar was so pleased and happy with the telegraph, adding that Bayar wouldn’t be able to come, but would send the commission to Erzurum. Thiswas an important development. The next day, the commission was welcomed by the governor Göktan, the Army Commander Nurettin Baransel, the Corps Commander Osman Günay, general council members of the province of Erzurum together with other military high officials, mayor of the province and his aides, educators, departmental managers and the notables of the province.

After travelling the province, the commission came together at the Municipality hall. The meetingwas headed by the Undersecretary of the Ministry of Education Reşat Tardu. A history teacher told about the history of the city; an official about the population of the city together with the counties and villages according to the 1950 census data; a staff commander about the importance of the city in termsof national defence. The next day, the commission was in the head quarters tovisit the Army Commander. The Commander Baransel received the commission in the Office of Operation and told about the benefits of founding a university in thecity, making explanations on the map. 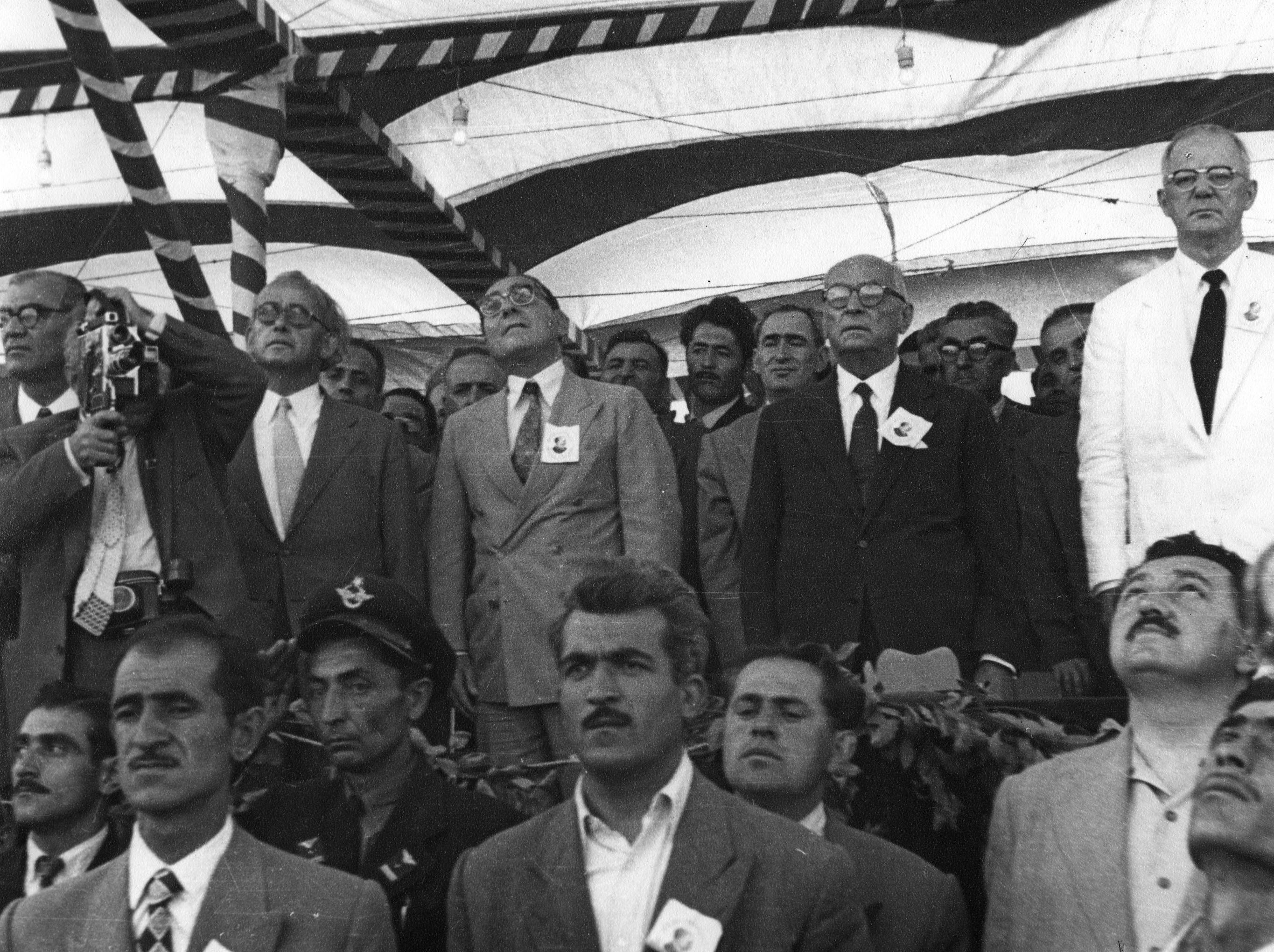 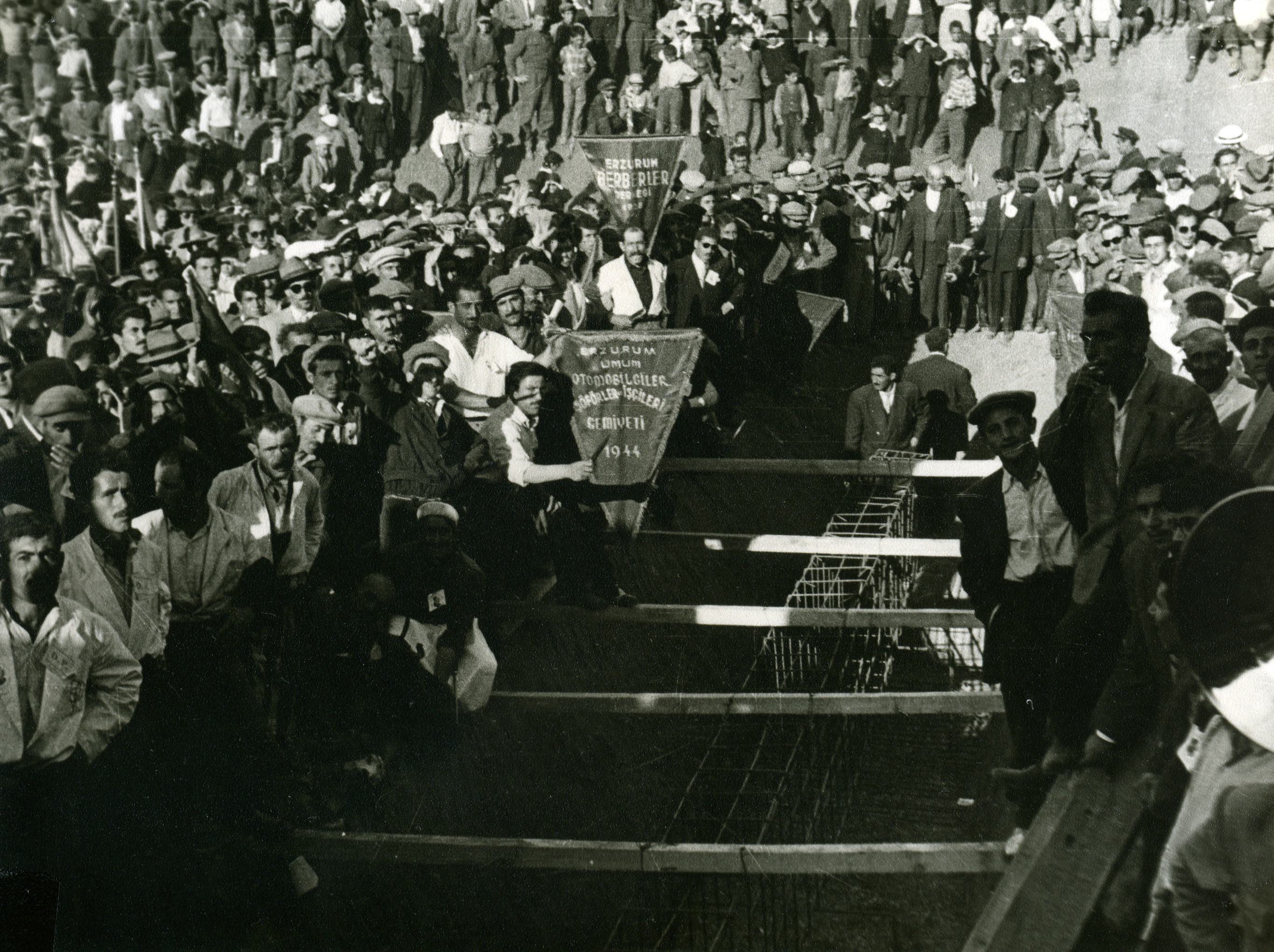 “Finally, we went out to eat. While eating, I, for one, mentioned about the three standing Islamic-ottoman social complexes-each as universities of their time. The next day, we gave them a city tour to show Islamic-ottoman social complexes,mosques, domes, castles. Again while eating, we talked about the roads running from north to south and from east to west. We tried to tell them that Erzurum was once the natural centre of the East for culture, trade and industry. Several fellow men from the commission said: “Mr. Göktan! All the cities we had travelled so far looked just like a village and Erzurum appeared like a realcity.” They showed their positive impression this way. Here, it was the first step to be taken for founding Atatürk University in Erzurum.”

Eventually, the commission made its decision, and the works started to found a university in Erzurum in consideration of the report prepared by the commission. Draft lawprepared for “Founding a University in the East” at the time of Minister of Education Tevfik İleri became a law numbered 6059 on February. 25, 1953. Aftera while, when Prof. Dr Salim Burçak was the minister of Education, the University was named “Atatürk University” by law dated 10.3.1954 and numbered 6373. After this, the then-government made contact with U.S.A. to receive help from the American Organization for Economic Development.

Within this context, anagreement on cooperation was reached, discussing face to face with those concerned in Washington. According to the agreement, a group from the Nebraska University whose financial needs would be met by America came to Turkey in July 1954 to hold the first examinations. Names in the group including Albin T.Anderson, J.O Keller, M.L Baker and S.A. Smith, taking as models “Land Grand” type universities in America, submitted their recommendations and suggestions about founding Atatürk University with a report dated 10.8.1955.

In the autumn of 1954,the first project agreement was signed, covering Atatürk University and auniversity planned to be founded in Ankara.

Later on, a Turkish-American mixed committee was set up to plan and realize the foundation of Atatürk University. Following all these developments, finally on March 12 while the 37th anniversary of the Independence of Erzurum was being celebrated, the government officially announced the good news to the people of Erzurum and the whole country that the new University would be named after Atatürk.

After working over the course of three years between 1955 and 1957, this committee prepared the University draft law.

This draft law was adopted by the Grand National Assembly with the number 6990 on May. 31, 1957 and came into force on June 7, 1957 following its publication in the Official Gazette.