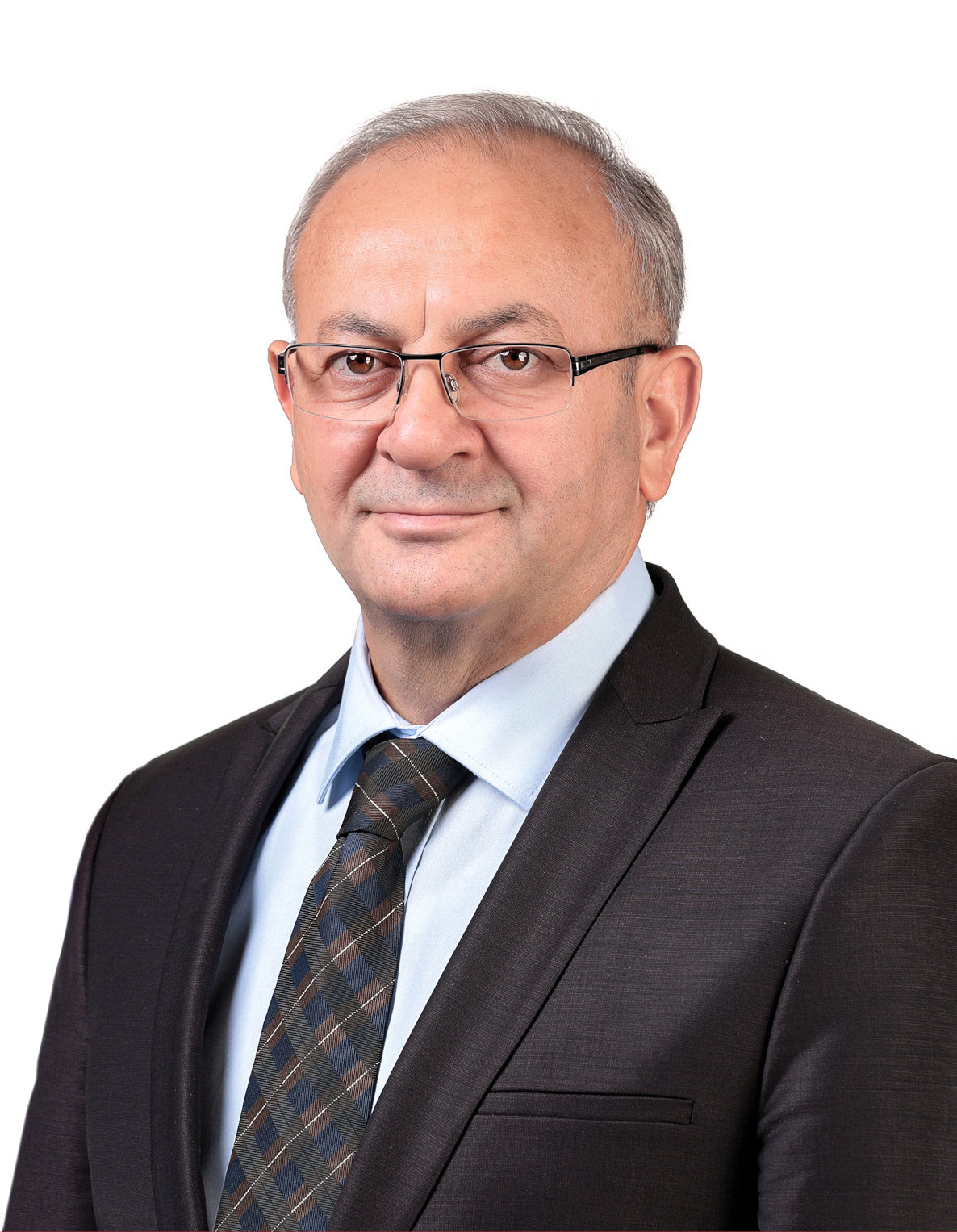 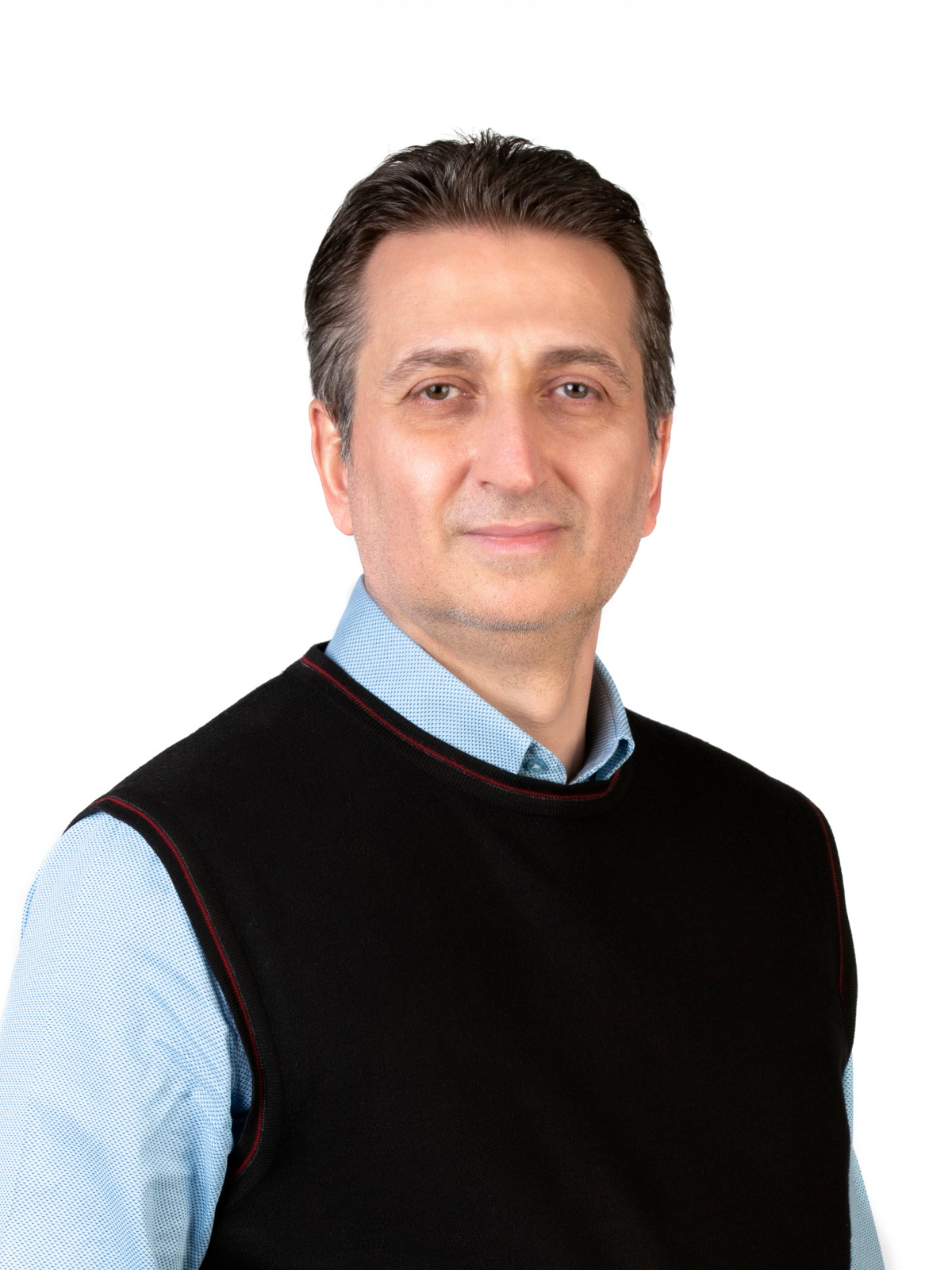 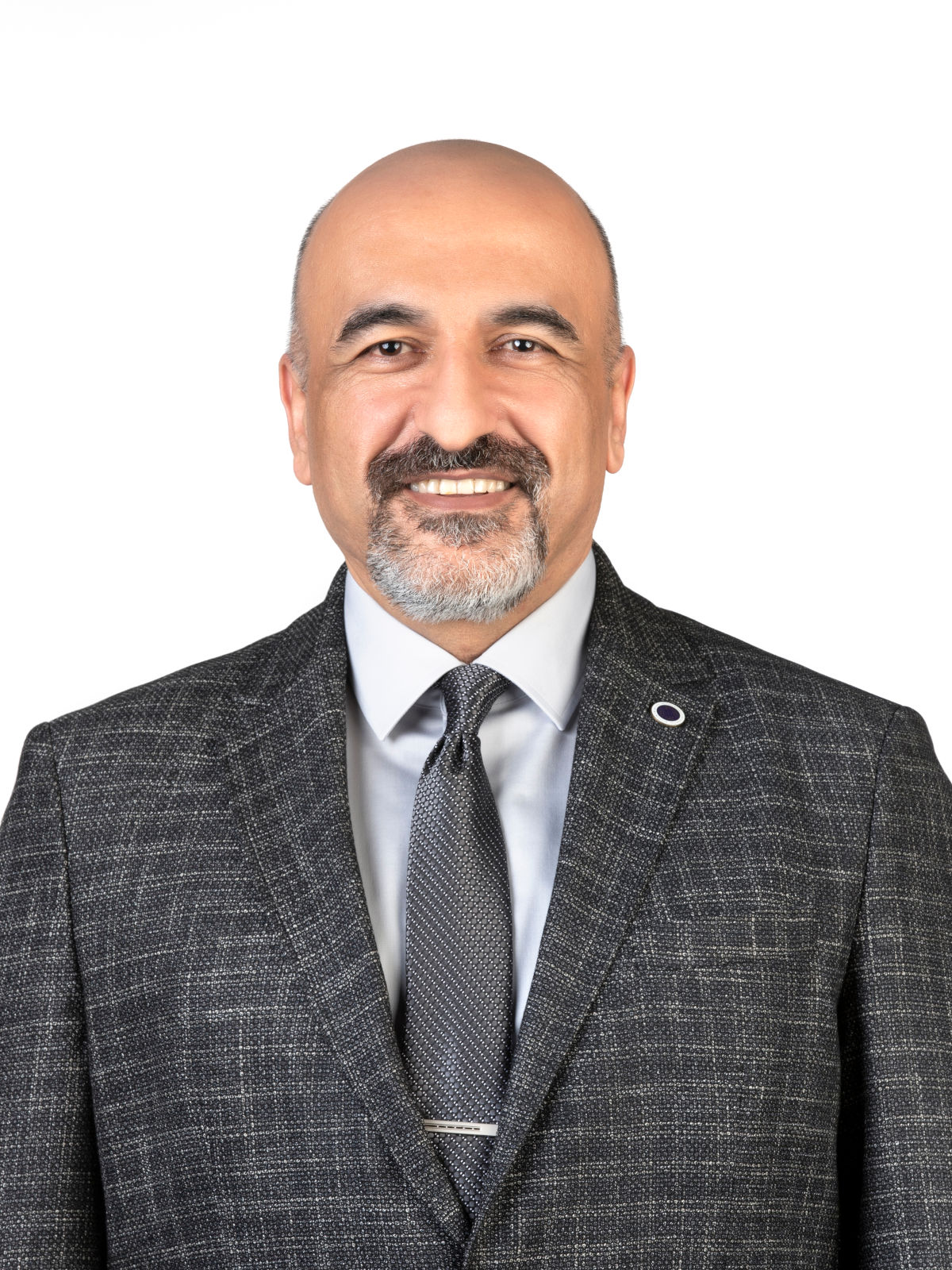 Prof. Dr Cahit YEŞİLYAPRAK was born in 1971 in Ankara and graduated from the Department of Physics, Middle East Technical University in 1994. He completed his graduate education in the field of astrophysics in the Department of Physics at Akdeniz University in 2004. During his graduate education, he took part in the establishment of TÜBİTAK National Observatory (TUG). In 2007, he worked as a post-doctoral researcher in the Department of Physics at METU, and then he was appointed as a faculty member to the Department of Physics at Ataturk University in the same year. In 2008, he initiated "Eastern Anatolia Observatory" (DAG), which has Turkey's largest (4 m diameter) and first infra-red (IR) telescope at Ataturk University in Erzurum. It is Turkey's 2023 Vision project and one of the most important science investments in the history of Turkish Republic. After the Ministry of Development officially initiated the DAG Project in 2012, he worked as the DAG Project Manager. In the same year, he founded Ataturk University Astrophysics Research and Application Center (ATASAM) and the Department of Astronomy and Space Sciences (AUB) in the Faculty of Science in 2013. He is still working as ATASAM manager and head of AUB Department. In 2016, he initiated the "DAG Focal Plane Instruments and Adaptive Optics System" (ODA) project, also supported by the Ministry of Development, and he carries on coordinating the ODA Project. During his academic career, he has been studying astronomy and astrophysics, space sciences and technologies, astronomical observation techniques and devices, astronomical software and mass observation data analysis, optical and photonic devices, atmosphere and remote sensing, infrared astronomy. Currently, he has been carrying out two Strategy and Budget Directorate (Ministry of Development) projects. He worked as a coordinator, researcher and advisor in seven TUBITAK projects, and conducted more than 10 BAP projects. He has 54 international publications, 48 of which are within the scope of SCI and SCI-Expanded, and more than 50 national publications and proceedings. Since 2020, he has been representing Turkey on Space Sciences "European Strategy Forum on Research Infrastructures - Physical Sciences and Engineering" ESFRI -. Prof.Dr Cahit YEŞİLYAPRAK can speak English and is married with a child. 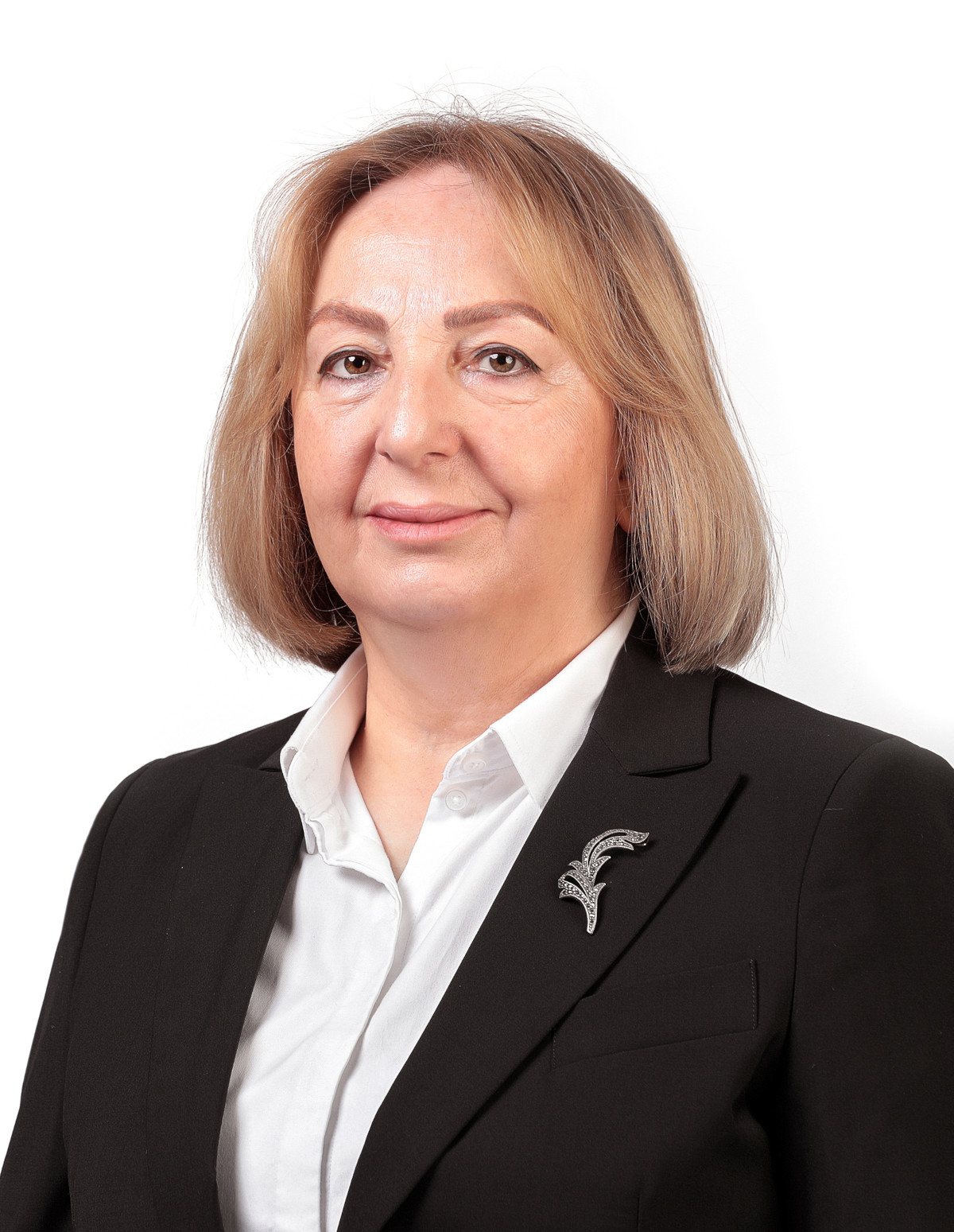 Prof. Dr. Medine Güllüce was born in 1959 in Erzurum.After graduating from Istanbul Yıldız Primary School, Beşiktaş Secondary School and Pendik High School, she graduated from the Department of Biology, Faculty of Science, Istanbul University in 1984 and started to work as a research assistant in the Department of Microbiology at Kars Veterinary Faculty at Atatürk University in 1985. She completed an MA in Clinical Microbiology at the Graduate School of Health Sciences, Basic Medical Sciences Department of Microbiology at Atatürk University in 1988. After completing the course phase of PhD education, which she started at the same graduate school, she went to IOWA State University, Collage of Veterinary Medicine, USA, to carry out her thesis study, the “KCl extract” antigen extraction, Sodium Lauroyl Sarcosinate (Sarcosayl extract) and Purified Protein Derivation (PPD) Antigen products used as a vaccine against Tuberculosis between the years 1990- 1992. She completed her PhD in the field of Clinical Microbiology in 1993. She was appointed as Assistant Professor to the Department of Biology, Faculty of Science at Ataturk University in 1995. She became Associate Professor in 2005 and Professor in 2010. In her academic life, she has had 172 published articles in international and national journals, 202 presented papers in international and national meetings, five international book chapters, and she has been the supervisor of 31 theses completed and ongoing. She worked as a manager and researcher in 57 national and international projects, including the European Union, Tübitak, Santez, Tagem, and BAP. She has 8143 scientific citations for her academic studies so far and 37 H-index accordingly. With this data, according to Google's academic profile in 2021, she is the 134th out of the first 6000 academics among the most cited scholars and having the H-index. She undertook various administrative duties during her academic life, together with being Vice-Rector between the years 2016-2020. She is also a member of many scientific associations and works in various non-governmental organizations. In addition to being an academic to the Department of Biology, Faculty of Science, she still carries out many administrative duties together with being Advisor to the Rector. 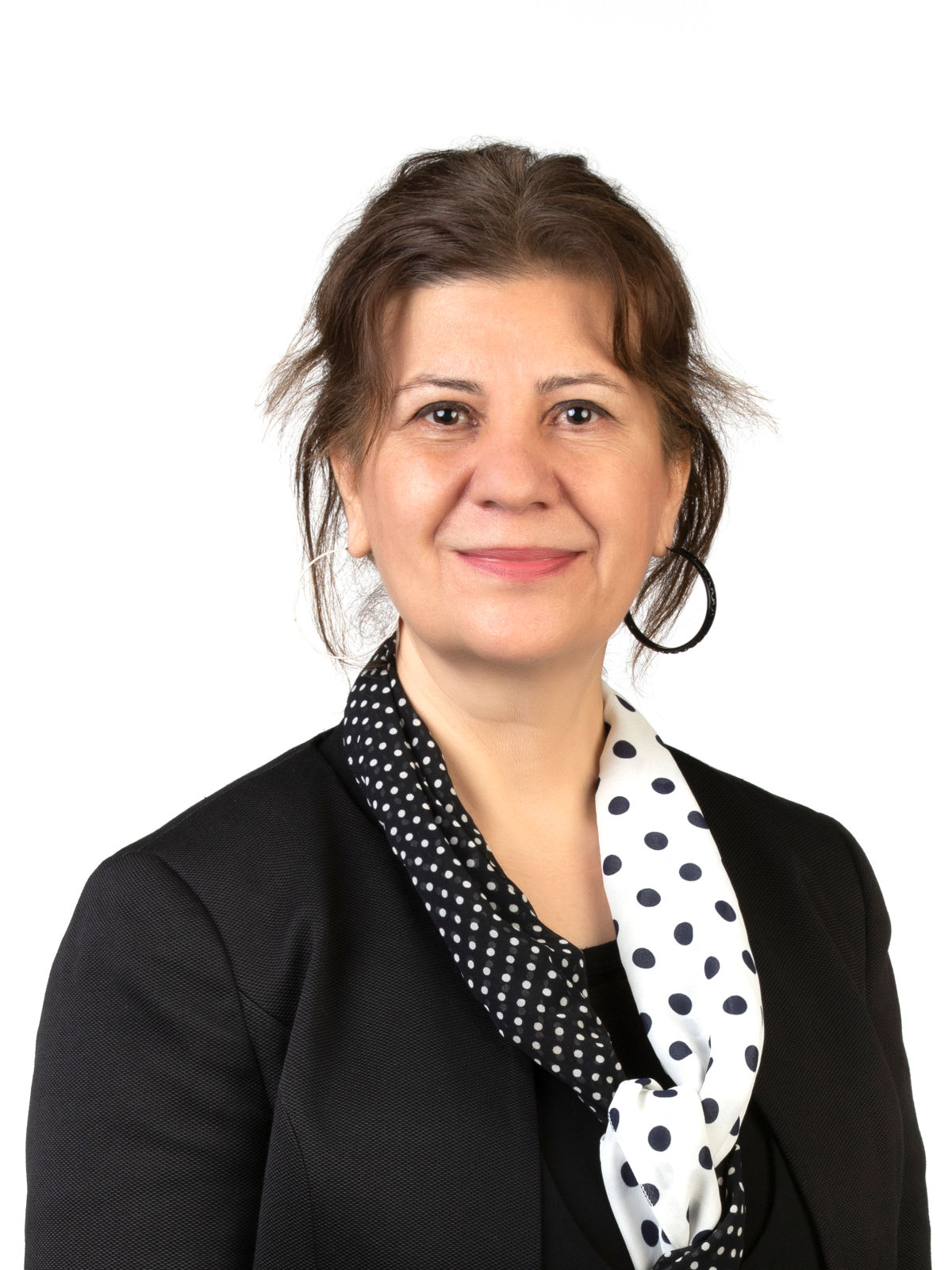 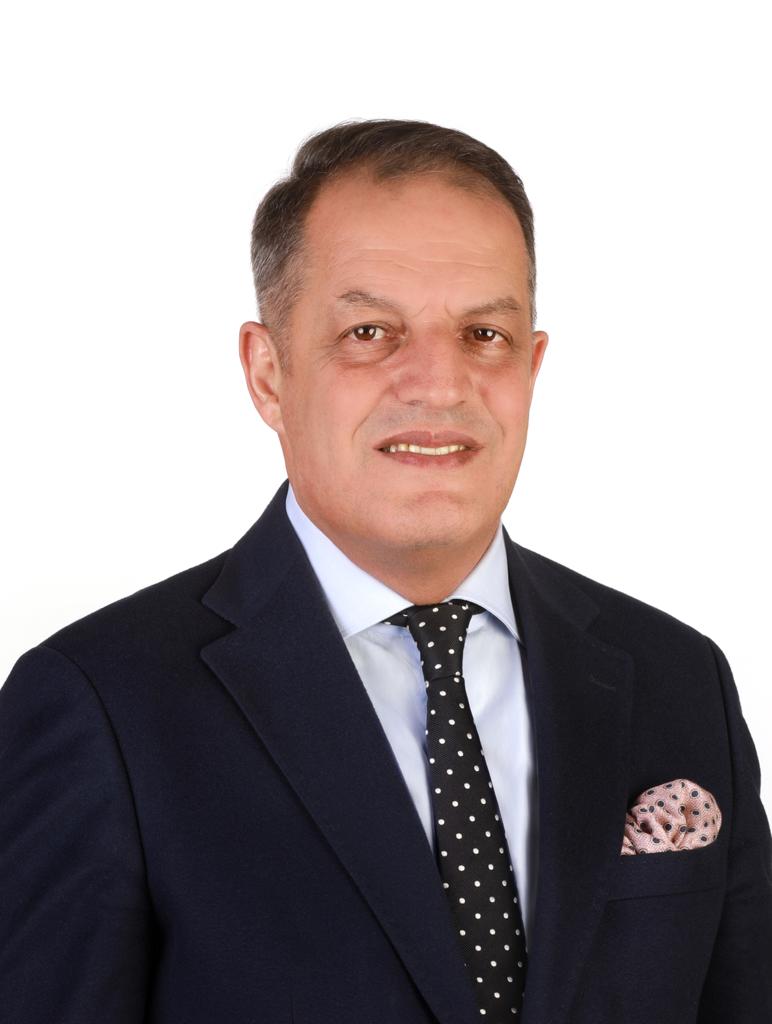 1He was born in 1966 in the district of Kağızman, Kars. He completed his primary, secondary and high school education in different cities. He graduated as the top scoring student from the Department of Horticulture, the Faculty of Agriculture, Atatürk University, in 1989. In the same year, he started to work as a research assistant at Atatürk University, Faculty of Agriculture, Department of Horticulture, Fruit Growing and Breeding. He completed his master's degree at Atatürk University, Institute of Science, Fruit Growing and Breeding Department in 1992. He completed his doctorate at the same Institute in 1996. He made the rosehip plant popular in our country, on which he did research during his doctoral studies. He was appointed as Assistant Professor in 1996. Between 1997-1998, he continued his studies with his own means on Plant Biotechnology at the University of Nebraska, Faculty of Natural Sciences, USA for 15 months. He received the titles of Associate Professor in 2000 and Professor in 2005. For a while, he carried out laboratory studies on plant biotechnology at University of Zagreb-Croatia in 2001, Swedish University of Agricultural Science-Sweden in 2002, Mendel University-Czech, Lincoln University-New Zealand in 2004, Dzemal Bijedic University-Bosnia and Herzegovina in 2006 and China Tea Research Institute in 2008. He chaired 20 international congresses and symposiums on Plant Biotechnology. Between 2014-2016, he was the editor-in-chief of Biochemical Genetics, published by Springer. Since 2014, he has been the editor-in-chief of the Turkish Journal of Agriculture and Forestry, published by Tübitak. Since the establishment of Atatürk University, he has held the title of academician with the most publications in SCI journals at Atatürk University. As of December 2021, he has 482 published articles in SCI-based journals, numerous papers presented to international and national meetings, 8 international book chapters, and 42 completed and ongoing thesis advisories. He worked as a manager and researcher in 84 national and international projects including the European Union (FP6, COST), Tübitak, Santez, TAGEM, BAP, UNDP, JICA. There are over 10.000 scientific citations to his ongoing academic studies. His H-index is 50. Since 2014, he has been giving courses and seminars on Project training and scientific article writing techniques in many universities in our country. According to Stanford University's 2021 study, he has been ranked as 39.000 among the most successful 100,000 academicians in the world, and as 84 among the academicians from Turkey on the list. He acts as the representative of Turkish Office of the European Fruit Growers' Association, which is under the umbrella of the European Union, as the president of the World Apricot Union, and as the representative of the Tea and Seagull Council of Turkey. Between 2013 and 2016, he worked as the Coordinator in the Project Office of the Rectorate of Atatürk University and carried out the project of ‘Developing the Project Culture of Academicians’ at Atatürk University, supported by the Tübitak 1000 program. He has undertaken many administrative duties during his academic life, including the duty of vice-rector between 2016-2020. He is also a member of many scientific associations and has works in various non-governmental organizations. He is currently the head of the Department of Horticulture at the Faculty of Agriculture, as well as being the advisor to the Rector. He has good command of English. Yusuf Yurdigul was born in 1975 in Erzurum. After continuing his primary, secondary and high school education in various cities of Turkey, he completed it in Erzurum. He completed his undergraduate education at the Department of Journalism, Istanbul University Faculty of Communication in 1999, his master's degree at Radio, Television and Cinema Department, Istanbul University Institute of Social Sciences in 2002, and his doctorate in the field of sociology of communication at the same university in 2007. Yurdigül, who assumed the title of Associate Professor in the field of communication studies in 2014, became a Professor in 2019. He carried out academic and professional studies in countries such as America, Austria, Azerbaijan, Bosnia and Herzegovina, Spain, Kyrgyzstan and Uzbekistan. He worked as a faculty member at the Faculties of Communication at Istanbul University, Manas University and Atatürk University. Yusuf Yurdigül, who worked as an administrator in various units of these universities such as the board of directors, the senate, the dean's office and the Scientific Research Project Coordinatorship, served as project coordinator in projects carried out in national and international institutions and organizations such as the Ministry of Culture General Directorate of Cinema, TRT and TIKA. He installed the Television of Atatürk University and the studios of Istanbul University and acted as a consultant during the installation processes of the televisions of many universities. Apart from his academic career, Yurdigül also worked as a director, director of editing and production manager in various national television channels and produced many short films and documentaries. His works were awarded with national and international degrees and an order of merit. Continuing his academic career in the field of communication, Yusuf Yurdigül has nearly 100 national and international papers and articles, 5 books, and nearly 30 short films and documentaries. Yurdigül, who speaks English and Kyrgyz, works as a professor at the Department of Radio, Television and Cinema, Atatürk University Faculty of Communication. He is married and has two children. 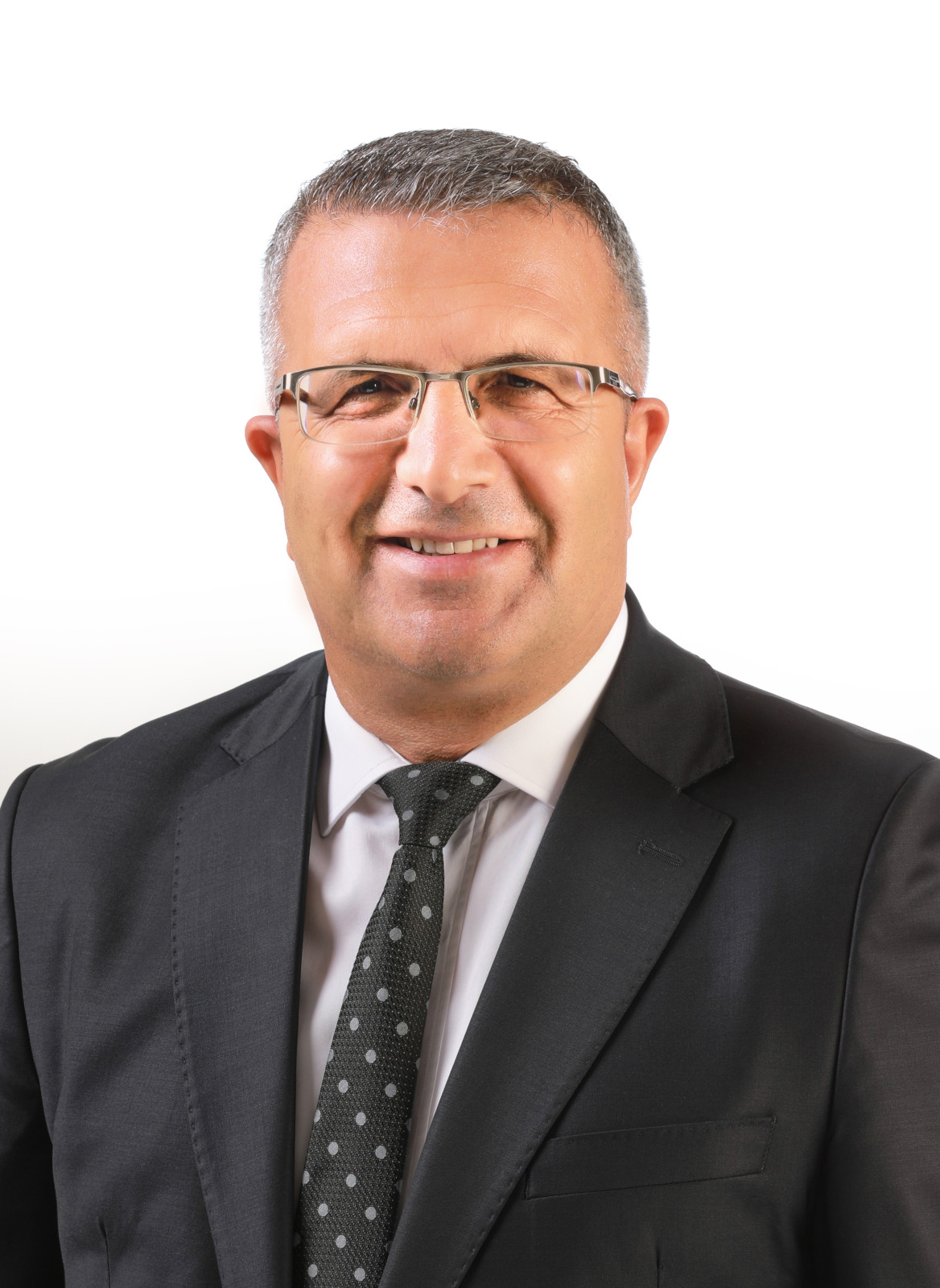