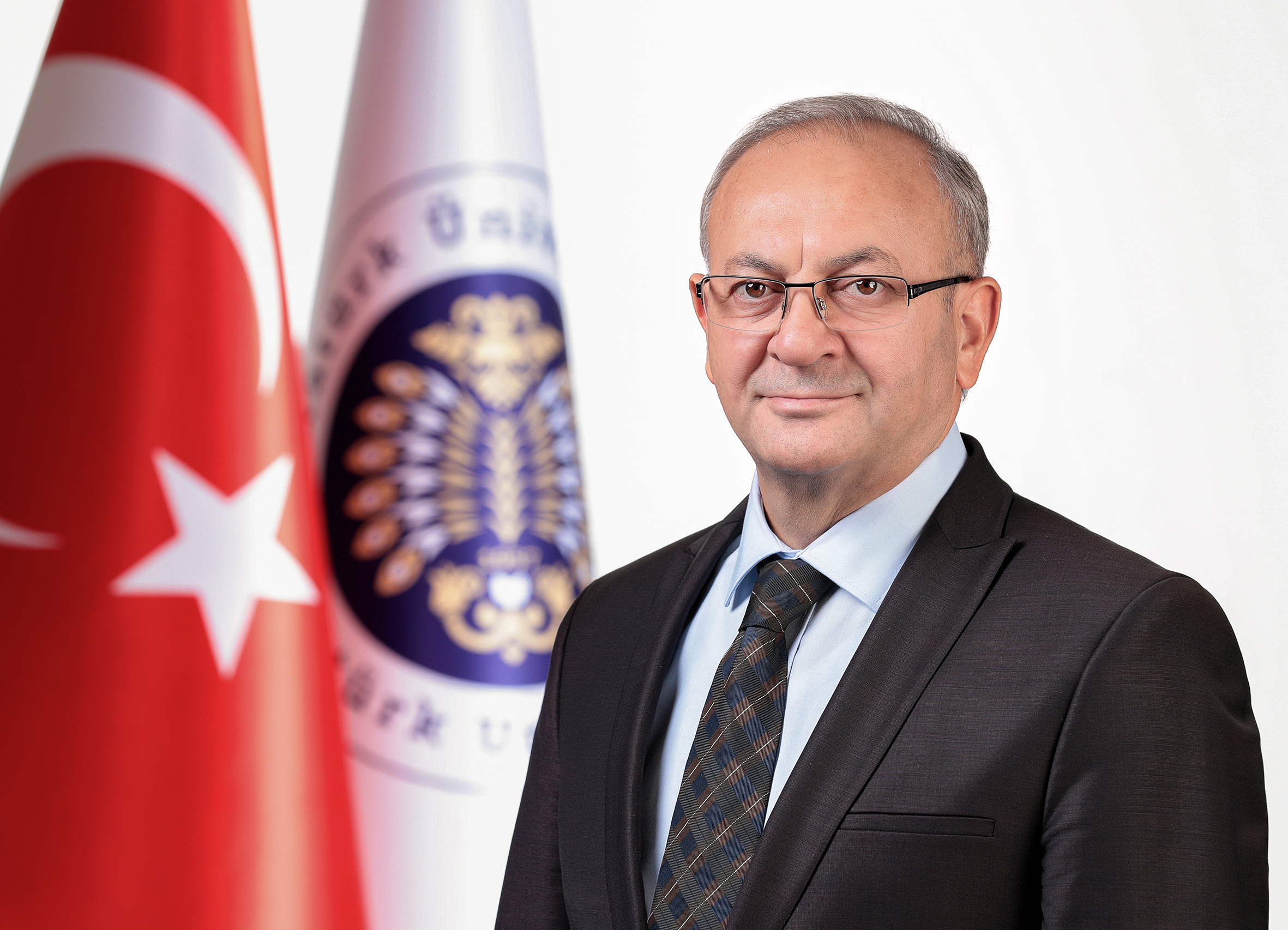 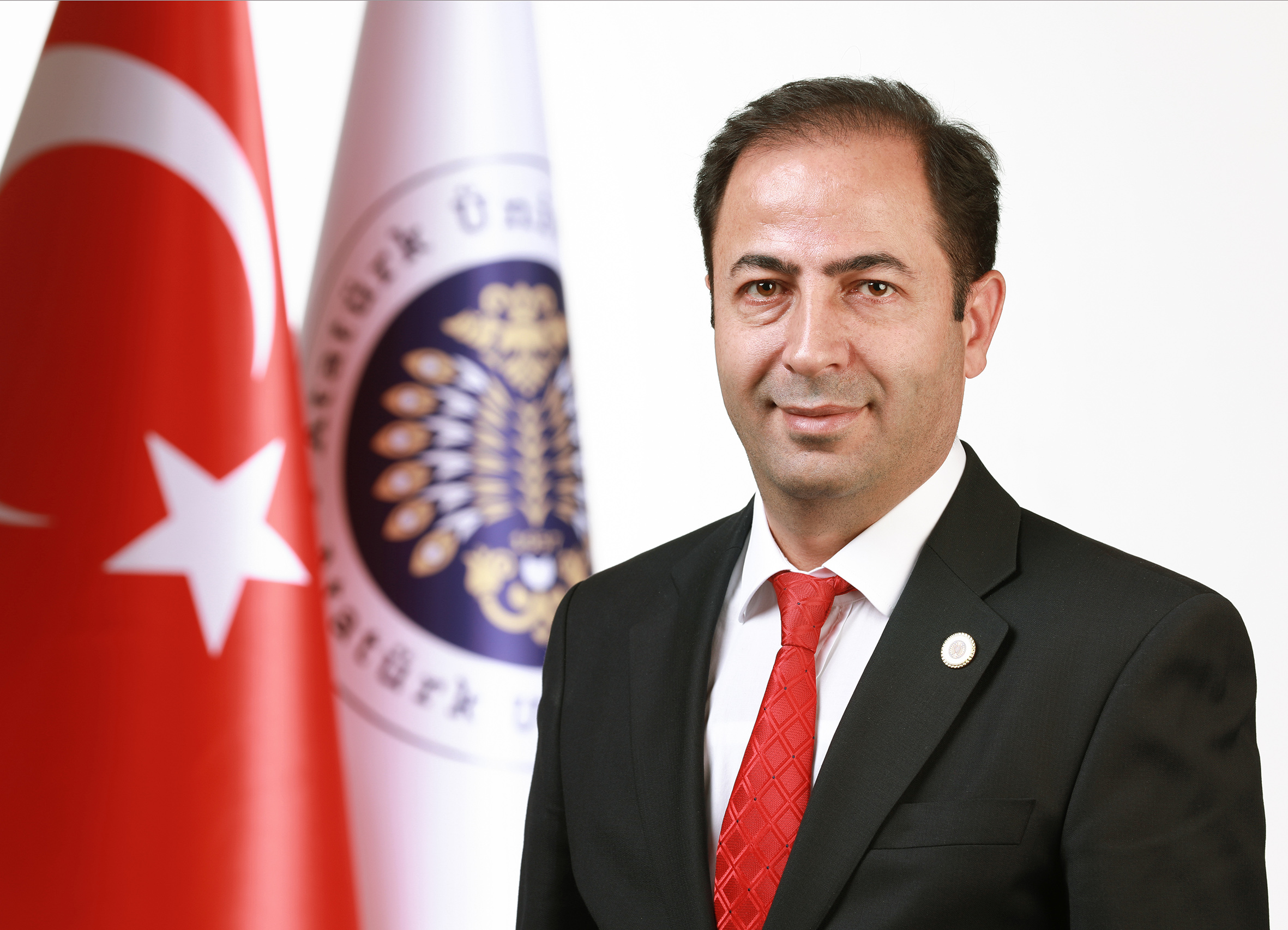 He was born in Erzurum in 1974. After completing his primary and secondary education in Erzurum, he studied at Erciyes University Faculty of Medicine between 1991-1998. He started working as a practitioner in 1998. Between 2000 and 2005, he completed his specialty in cardiology service at Atatürk University Medical Faculty. He served as a military officer in Ankara Gata between 2006 and 2007. During the same period, he did scientific research on heart rhythm disorders by attending the courses organized in Turkey. He was appointed assistant professor in 2005 and studied Cardiac Electrophysiology in the Department of Cardiology at University of Pittsburgh (USA) in 2007. In 2008, he received first prize among associate professors in the field of Medicine at Atatürk University. He was appointed professor in 2010 and professor in 2015. There are up to 200 published national and international publications, papers and posters. Appointed Vice Rector on August 18, 2016, Prof. Dr. Fuat GÜNDOĞDU is married and has a child. He speaks English. 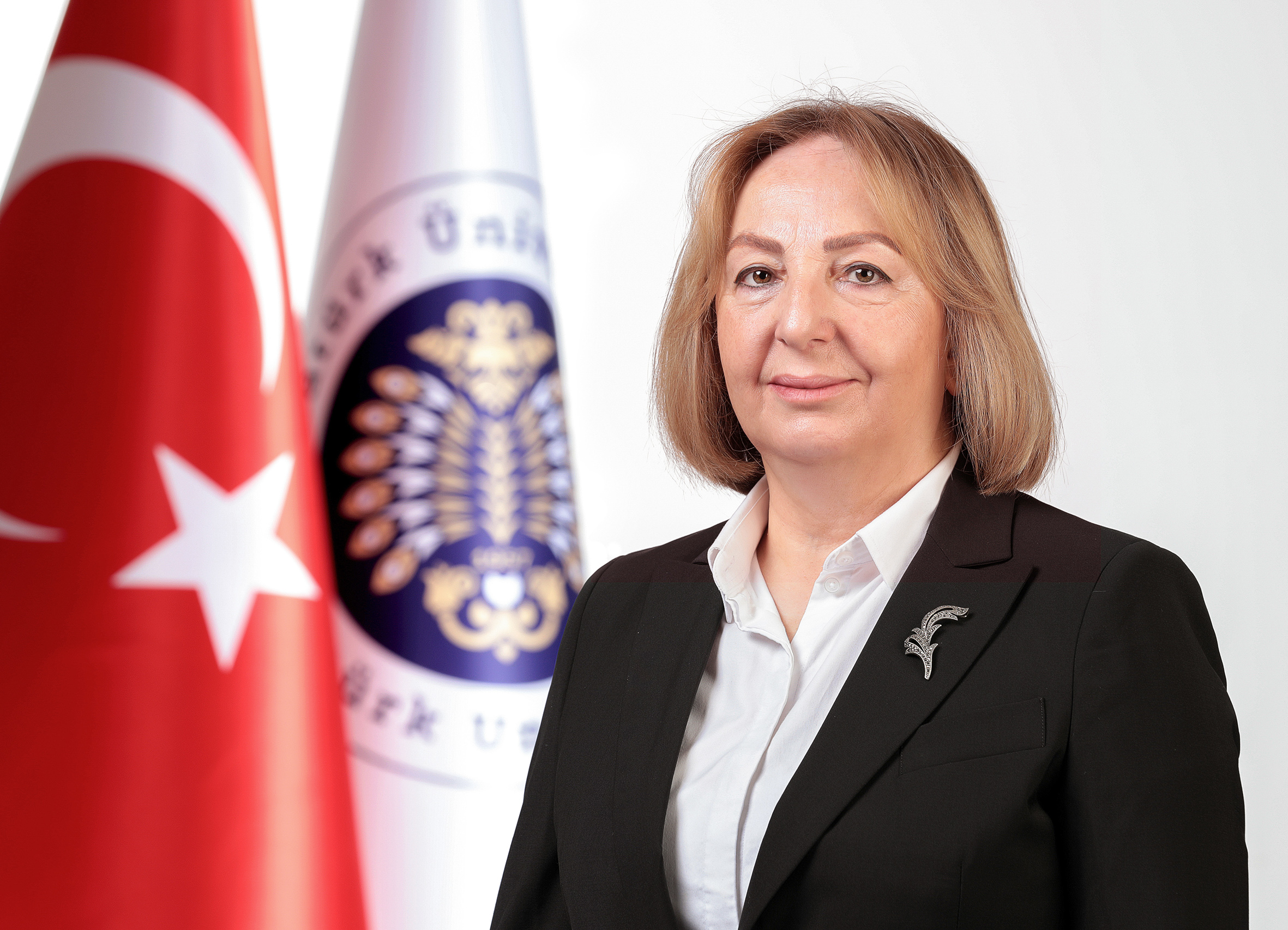 She was born in 1959 in Erzurum. She completed the Department of Biology at Istanbul University in 1984, and she started working as a research assistant at the Department of Microbiology at Atatürk University, Kars Faculty of Veterinary Science in 1985. She received her master's degree in Microbiology from the Institute of Health Sciences at Atatürk University in 1988. After completing her doctoral studies at the same institute, she continued her studies in the USA, IOWA State University, Collage of Veterinary Medicine between 1990 and 1992 in order to carry out his thesis study. She completed her doctorate in 1993. She was appointed as Assist.Assoc.Dr. to Atatürk University, Faculty Of Science, Department Of Biology. She received the title of associate professor in 2005 and professor in 2010. There are 147 published articles in international and national journals, 130 papers presented to international and national meetings, and 3436 scientific references to these academic studies. She worked as a manager and researcher in 52 national and international projects, including the European Union, Tübitak, Santez, Tagem, BAP. She is a member of numerous scientific associations and works in various non-governmental organizations. 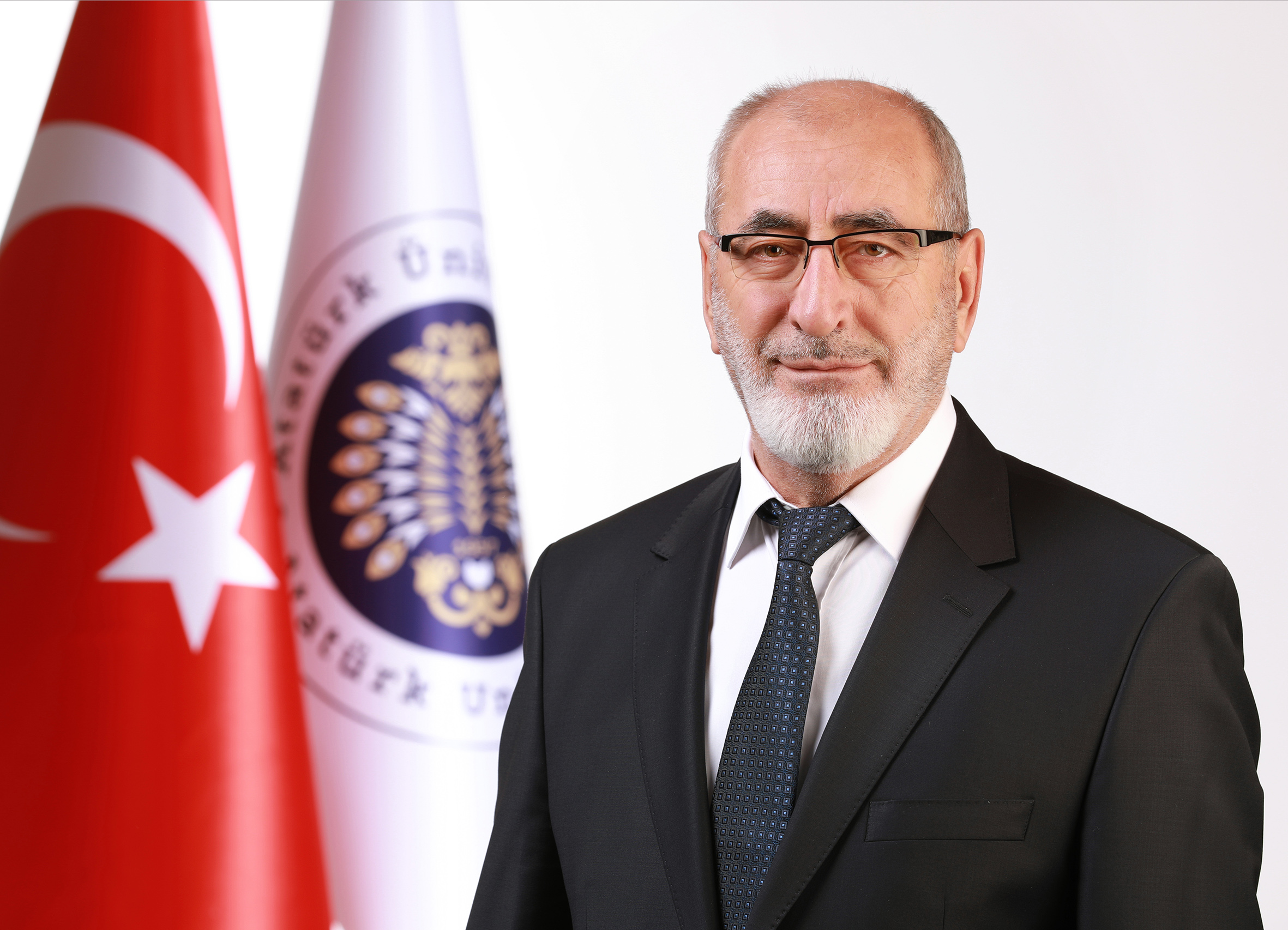 He was born in Erzurum in 1955. He completed his primary and secondary education in the same province. He served as an officer in the Meat and Fish Institute in 1978. He was appointed to 14. Regional Directorates of Iller Bank (Erzurum) in 1980. He started his undergraduate studies in theology Faculty of Atatürk University in 1984 and graduated with a degree in 1988. He completed his master's degree with his work entitled” The Narrations of Hadiths with Meaning and the Results". In 1994, he was appointed as a lecturer in the Department of Hadis Department of Theology Faculty at Atatürk University. he completed his doctorate with the work of Ebu Bekr Ibn Ebi Şeybe and Kitab al-Musannafi In 1998. He became Assistant Professor in 1999, Associate Professor in 2008, and Professor in 2013. Published numerous books and articles, Prof. Dr. Nihat Zengin's Book “methods in understanding the events” was awarded the Scientific Encouragement Award of the University. He served as Deputy Dean of the Faculty of Theology between 2012-2016. Nihat YATKIN who was appointed as the Vice Rector of Atatürk University on August 15, 2016 is married and father of five children. He speaks Arabic and English. 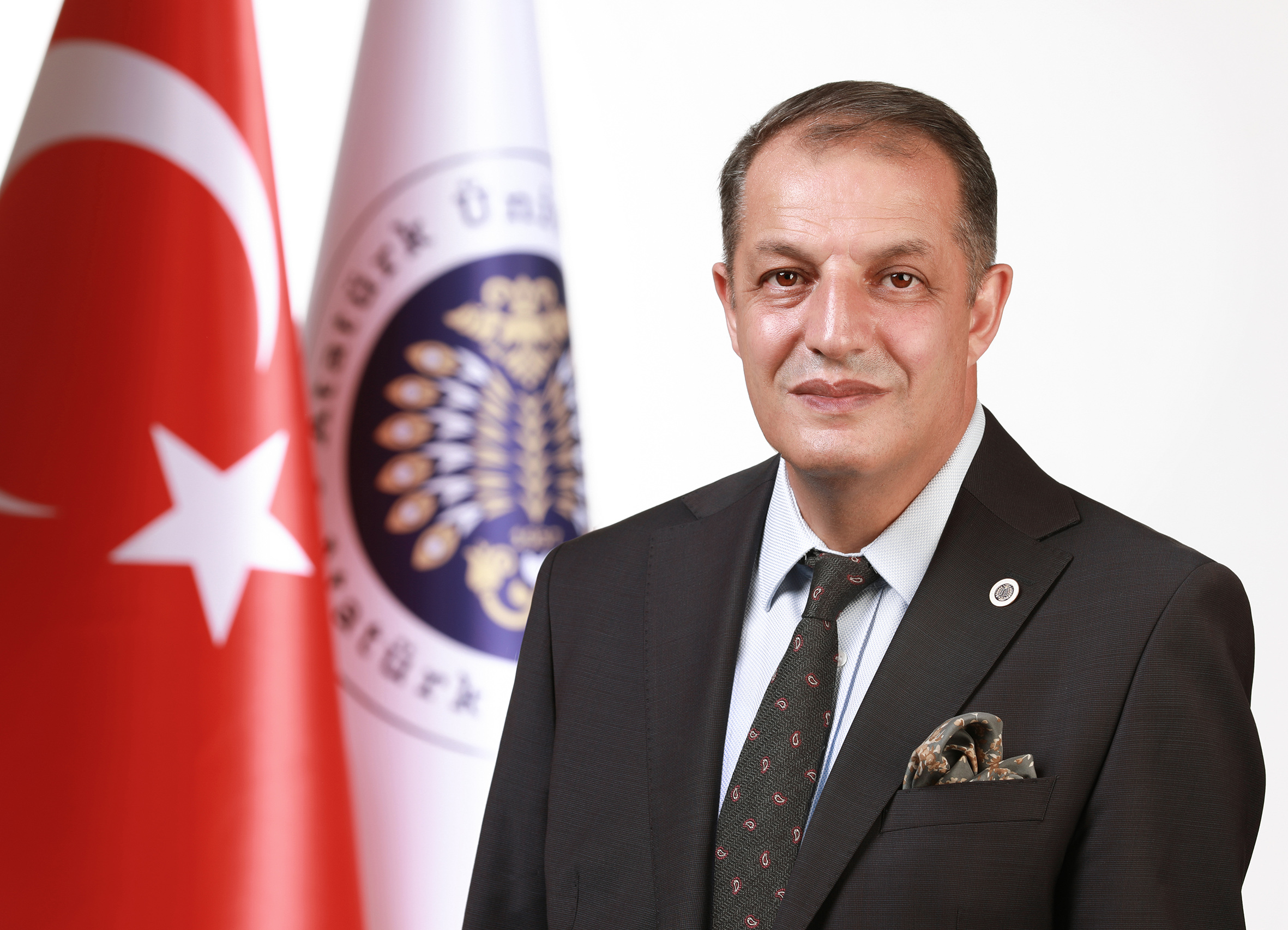 He was born in 1965 in Kağızman the district of Kars. After graduating from Faculty of Agriculture Department of Horticulture, he was appointed as a research assistant to the same department in 1989. He received his master's degree from the Department of Horticulture, Faculty of Agriculture, Department of Fruit Growing and Breeding from Atatürk University in 1992 and his doctorate degree from 1996. He was appointed Assistant Professor in the same year. He received the title of Associate Professor in 2000, and Professor in 2006. He was a visiting fellow at the University of Nebraska (USA) Natural Sciences faculty between 1996-1998. He did short-term scientific research at universities and research institutes in different countries. He was a country representative in FP7, COST bilateral cooperation projects supported by the European Union. He was president at national and international congresses and symposiums, and was listed in different scientific committees. He was the President of the Project Development and Coordination Office of the Rectorate of Atatürk University between 2013-2016. At the same time, he was a member of the Advisory Board of the Foreign Relations Office of Atatürk University. Up to now, there are 288 articles published within the scope of SCI Index. He was the chief editor of Turkish Agricultural and Forestry Magazines published by Springer's Biochemical Genetics and TÜBİTAK. Prof. Dr. Sezai ERCİŞLİ who was appointed as the Vice Rector of Atatürk University is married and has three children. He speaks English.